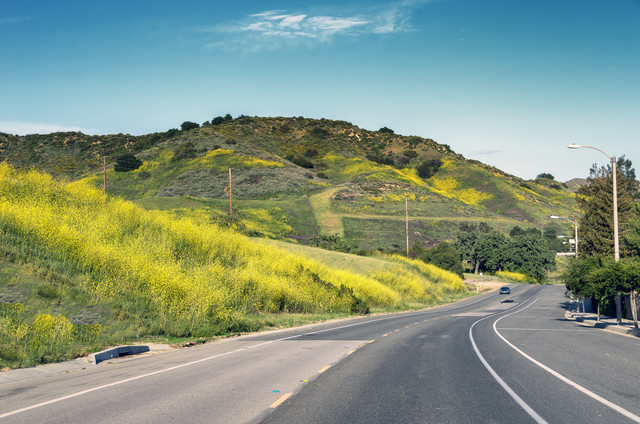 We at Royal Moving Company are dedicated to helping our customers have a smooth and worry-free move to Agoura Hills every step of the way.

Among Agoura Hills movers, we are well known for our clean, efficient service. Others movers out there may charge you cheap rates, but they can also cause you headaches, like damaged or lost belongings. And they might also hit you with unexpected charges.

There is no need to worry when you hire safe, professional and dependable Royal Moving Company. The next time you move to a new residence, just leave it to our expert Agoura Hills moving crew.

Need help preparing for your move? Royal Moving has you covered. Sit back and let our team of professional packers pack your belonging with gentle care. We will handle your property safely and securely and place everything onboard one of our modern moving vans. Even if you supply the truck, we can help you pack and load all of your precious cargo. Then do the driving yourself, if you choose. We are even available to meet you at your destination within the Agoura Hills area and do the unloading for you.

Call on Royal Moving Company to make your move easy and hassle-free. We are one of the top moving companies in Agoura Hills. That is because we go the extra distance for you, every single time! Call us, and forget your worries about packing, loading and getting your belongings safely unloaded at your new home. We are your moving solution!

Located on the edge of western Los Angeles County, California, you will find Agoura Hills. The cities position in the foothills of the Santa Monica Mountains places it 45 minutes from Downtown Los Angeles. The city is one of  rolling hills and beautiful canyons, and it shares a boundary with Calabasas, Thousand Oaks, and Westlake Village.

For centuries, the land that eventually became Agoura Hills was populated by Native Americans who hunted the abundance of wildlife in the area. game and other food. In the 1700s, the arrival of the Spanish pushed the American Indians from their homes as the Spaniards introduced ranching to the area. This lifestyle would dominate the region until the early 1900s when a crop and orchard community supplanted sheep and cattle ranching. The locals grew lettuce and celery, as well as citrus orchards, and wheat fields.

In the 1920s, Paramount Studios purchased a ranch in Agoura Hills because it provided perfect backdrop for their western films, and briefly, the community was known as “Picture City.” In 1928, residents wanted to establish a post office in the community, but they needed a permanent name. They decided to use the name of a colorful early landowner by the name of Pierre Agoure. It is unclear how the “e” became an “a,” presumably an error by the postal service, but the town's name was solidified.

In the 1940s and 1950s, the ranchers and farmers in the area began selling their land to housing developers. In 1963, Agoura Hills began piping in water from the Colorado River, and what became the first reliable water source to the area made Agoura Hills an attractive spot for families and businesses to land. During the late 1960s and 1970s, a rapid expansion continued, and housing tracts, shopping malls, and schools were developed in force.

Now, Agoura Hills is a prosperous community with a population of 20,689 people at a median age of 44.5. The median household income in Agoura Hills is a whopping $114,313, and the median property value is $699,200, with the homeownership rate at 75.8 percent. The Agoura Hills population has a citizenry that is 76.8 percent white, 12.7 percent Hispanic, and 6.29 percent Asian.

There are many services and organizations worth knowing about as a new resident of Agoura Hills. Here is some valuable contact information that you might need in order to settle into your new residence in Agoura Hills. The contact list includes utility companies, community service associations, recreational facilities, as well as important state and local government organizations.